What is a PCAP touch screen? Everything you need to know about this technology 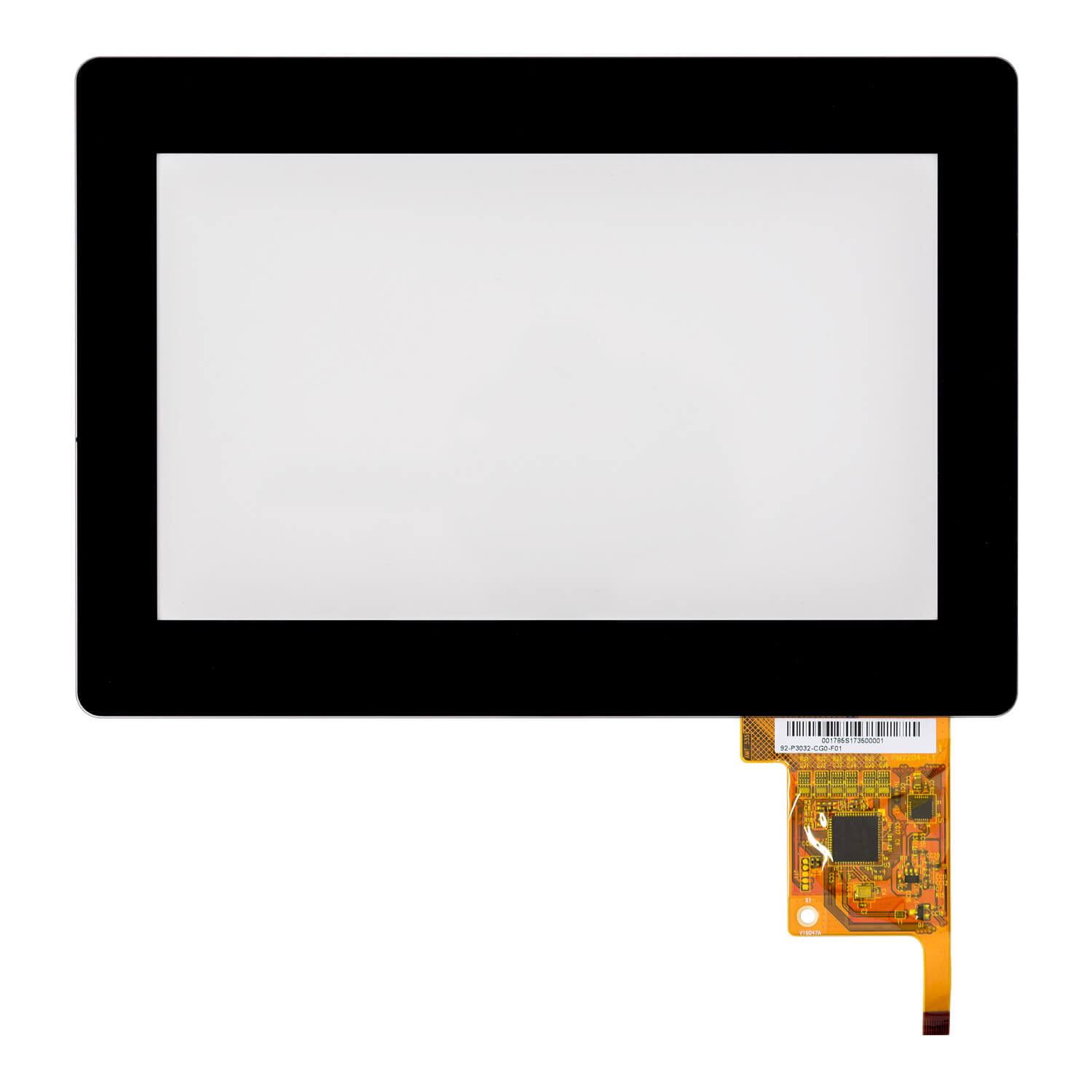 Consumers are surrounded by the touch screen technology that has today become commonplace in human-computer interaction. We find touch screens in smartphones, tablets, and laptops. When we go out, we use touch screens in ATMs, ticket machines and kiosks, or even at the post office.

Touch screens are definitely one of the key technologies of the digital age that allowed the digitized nation of many services. As the demand for touch screens continues to increase, consumers are more likely to use the projected capacitive touch screens (PCAP), the most popular type of touch screens, during the course of their working day or even leisure time.

If you’re wondering what a projected capacitive touch screen is and how it works, this article is for you. Read on to find out everything you need to know about the most popular touch screen technology today.

What is a projected capacitive touch screen?

Before the release of the iPod Touch in the first models of the iPhone, the use of the projected capacitive touch screen was relatively small. However, these milestone consumer devices brought PCAP technology to the forefront. It completely changed how humans interact with the machine, not only in consumer products but also in other environments (for example, the medical industry). Essentially, it’s thanks to this technology that we can scroll, pinch, and zoom images on our mobile devices.

PCAP a go-to method for controlling electronic systems that range from ATMs to ticket kiosks. That’s why you probably already know what a projected capacitive touch screen, it’s the most common solution for smartphones and tablets. But it can also be used on much larger screens.

This touch screen uses a conductive grid that recognizes the changes caused by the touch of an exposed finger or special stylus. That’s because PCAP relies on the conductivity of the human body. They only work with bare figures or styluses that have conductive capabilities. PCAP displays are known for their accuracy and hold up to 60 touchpoints.

What is the technology behind PCAP?

Custom-designed PCAP touch screens are becoming a primary choice for high-tech devices today. While older forms of touch screens use variance in electrical resistance or breaking of light beams to detect touch, most touch screens in production today rely on the principle of projected capacitance. What does this mean? That the touch screen is able to carry an electric charge.

A projected capacitive touch screen usually includes a front layer of glass with a matrix of conductive elements behind it. These elements are made from electrically conductive materials such as silver, copper, carbon, or indium tin oxide (ITO), which is a very common choice today. They are arrayed in X and Y layers, with a layer of insulation between them.

The conductive matrix is then connected to the specially designed touch controller. The controller injects an electrical charge into the matrix, and the monitor monitors the elements of the matrix for any changes. When a finger or stylus approaches the front of the touch screen, a change happens in a capacitive field – it’s generated within the matrix, but right behind the front glass.

The touch controller should be sensitive enough to detect such a change and identify the areas or elements of the matrix that are experiencing the greatest change. It can then triangulate the touch position within layers of the matrix and transmit the data in the form of X-Y correlates to the host machine. This works just like a mouse or a mousepad that moves the cursor around a display.

One of the strongest benefits of PCAP screens is that they are durable. It’s likely that a touch screen used in commercial applications encounters a lot of use. A well-selected and designed capacitive touch screen will never be affected by problems such as dirt or fingerprint smudges. Note that this type of touch screen doesn’t have any strong coating or moving parts – that’s why a projected capacitive touch screen should last for the lifetime of a device or system. This is especially true if you team up with experts who know how to design it so that the touch screen meets the application requirements well.

In the unlikely event that a user scratches the surface of the capacitive touch screen, it will still continue to work as normal. The only problem is if the rear-mounted conducted matrix gets damaged. Otherwise, the touch screen will continue to measure changes in the generated electrical field without paying any attention to the damage.

One of the primary reasons behind the popularity of this technology is the fact that it provides a highly sensitive touch sensing. But this type of screen will only react to an exposed finger or conductive stylus. That’s why accidental input is very unlikely, and the requirements for conductivity limits the sensitivity of the touch screen successfully. Contrary to resistive touch screens that require more pressure, a capacitive touch screen can be activated with the lightest touch. On the other hand, an optical-based touch screen can be easily affected by inanimate objects – for example, liquid drops during rain. This is where the PCAP touch screen wins again.

Since projected capacitive touch screens are produced from clear and uncoated glass, and the matrix of microscopic conductors is located on the rear, they usually provide a higher quality image displayed than other technologies. That’s why capacitive screens are such a great choice for high-definition or OLED displays.

We hope this article helps you to understand the potential of projected capacitive touch screens for your application.

If you have any questions, don’t hesitate to reach out to us. At Melrose Systems, we have plenty of experience in equipping our clients with the best projected capacitive touch screen technologies available on the market. Our experts will be happy to assist you with any project.

Submit your requirements
On Order

Melrose will notify you by e-mail of the expected delivery date as soon as delivery information has been confirmed by the factory. Backordered items are shipped complete once they arrive in stock. If you prefer to have each item shipped as they arrive, simply advise us by replying to your backorder notification e-mail.

If more than one shipment is necessary to complete your order, Melrose will pay for the first pound on any backorder shipping UPS  ground, within the United States. For International backorder rates, check our shipping estimator.

We have sent an email with the membrane switch design guide. Check your inbox.